← more from
Mais Um
Get fresh music recommendations delivered to your inbox every Friday. 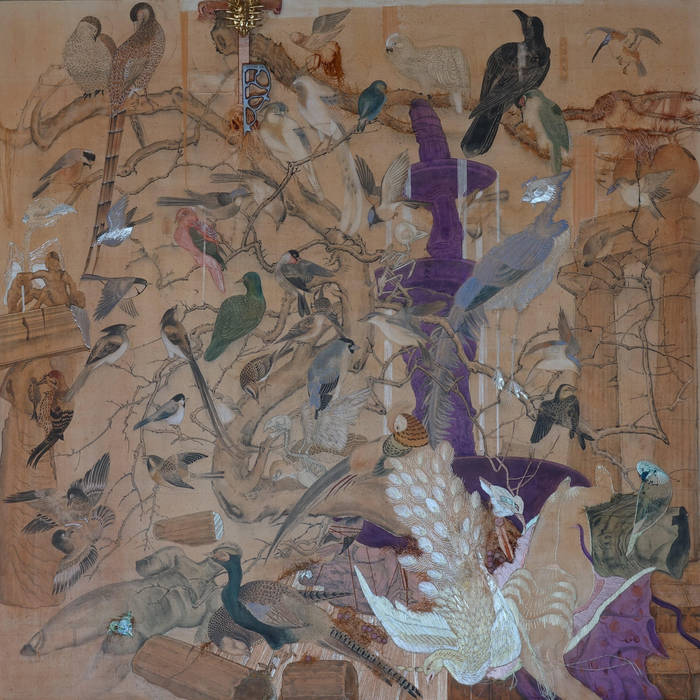 adhesives So elegant, so playful— What can we say? A delicious, spine-tingling, slightly frightening accomplishment. Favorite track: 鸟岛 (Birdy Island).

forrest stanley Every Howie Lee album is a unique journey. Thank you kind sir. You help me fly away.

“Morphing Chinese traditional music with bass, Chicago footwork and AI-manipulated birdsong. It’s quite a feat to sound this ancient and futuristic simultaneously.” THE GUARDIAN

Fresh off the back of several high impact, club-centring album releases on Maloca, SVBKVLT and his influential, Do Hits label, on top of remixes for artists including Lawfawndah, Charlie XCX & Sophie, Lee presents his most organic and expansive project to date.

Written, produced and recorded entirely by Lee at the back end of 2018 (with the exception of the album’s resident four-piece choir made up of rising Beijing artist, Fishdoll, Shanghai singer/producer, Yehaiyahan and West by West, with Lee himself also included), Birdy Island’s almost exclusively acoustic yet broad sound palette threads continuities between ceremonial Taoist music, early Buchla synth experiments, and FWD>> nights at London’s Plastic People.

“This album just came very natural. It was all recorded little by little. Layer upon layer. The approach was to just record. I had all these instruments around me and I just thought, i’m gonna play and keep playing”.

Howie’s latest offering is as enchanting as it is boundlessly imaginative. “I’ve always had this concept in my mind about making an album based around an island”. Loosely based around Lee’s own long-formed concept of a floating Sicilian theme park, co-inhabited by both birds and ancestral spirits, Howie remarks: "Birdy Island to me is a palace in the clouds and the birds are worshipped like Gods. Not like a western God though.” Reminiscent of Hayao Miyazaki’s Laputa (in the 1986 film Castle In The Sky), Lee’s Birdy Island has been built by a Chinese investment company seeking to re-sync our relationship with the spiritual and natural world after years of economic collapse and degradation, and who invite Howie to compose the park’s soundtrack. Inside Birdy Island’s 30-minute gallery of collaged sound, Lee draws on a wide history of traditional pan-Asian music, filtered through his unique lens of contemporary electronic production.

From the playful percussion and child-like wonderment of Time To The Sun, featuring Yehaiyahan on vocals to the beguiling loop-based poise of Wave,Wave,Wave offering our first taste of the almost-devotional chanting choir accompaniment. The album title track and first single Birdy Island continues down a similar trajectory, combining Kaitlyn Aurelia Smith-esque synths with rattling bells and AI-manipulated birdsong to saintly effect. Stripped-back UK grime sonics (Foreign Flowers) and Chicago footwork (Dawn Of The Idols) seep into the larger whole, as does elements of jazz fusion, ambient and video game-composition.

Since discovering punk and Fruity Loops at age 15 and making DIY tapes for friends at school, Howie Lee has become one of the most influential players within contemporary Chinese music and arts/culture. Having co-founded Do Hits as a club night in 2011 (levelling up as a label in 2015), as an outlet to showcase Beijing’s exciting musical underground, Lee’s conceptually intricate brand of traditional Chinese folk meets experimental bass weight sound, has been picked up by listeners worldwide, even securing remix duties for Snoop Dogg (in his Snoop Lion moniker), back in 2012.

From Daoist scripture to 1970s martial arts-themed wuxia novels, Howie’s myriad strands of musical and visual output have often enveloped themes circling modern and ancient Chinese history. Lee’s Socialism Core Value EP series and the dystopian-horror 3D animation for 2017 single Bankers (created and directed by Howie himself), as well as his work with visual artist and video game designer, Teom Chen (the pair have gone on to tour their collaborations across China as part of Lee’s live show), offer a glimpse into the broad social and cultural questions intrinsically entwined throughout his discography.

Bandcamp Daily  your guide to the world of Bandcamp

Damu The Fudgemunk shares his recent collab with Def Pressé, plus jams from Common and more